Planning to make Hawaii the next place to tick off your bucket list but don’t know where to start? This island paradise has more than pristine sights, delightful sounds, and hospitable people to offer. Surely, selecting the right island can be a daunting task, but once you decide how you want to enjoy this lovely destination, you’re on the right track! Whether or not it is a family getaway, a luxury vacation in Hawaii, a romantic honeymoon, an escape from the urban jungle, Hawaii has got it all. We have compiled a list below of the activities you should never miss once your feet hit the sand of this beautiful Island. 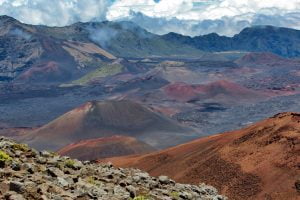 Narrow down your Island choice

Oahu – The Gathering Place – is the most visited of all the Hawaiian Islands, with nearly 4.7 million visitors every year. It is also home to the state capital, Honolulu. Besides being the home of the state capital, Oahu also houses the famous beach known as “Waikiki,” which draws many tourists by the thousands every day. Another thing to note is that Oahu boasts its history as well because of the infamous bombing of Pearl Harbour during the Second World War. Top activities include a tour of the Pearl Harbour – USS Arizona Memorial – from Honolulu, snorkeling at Hanauma Bay Nature Preserve, other outdoor activities, and sightseeing in various nature parks.

Kauai – The Garden Isle – nothing can be more obvious than this Island. It boasts itself as having a refreshing and vibrant Flora and Fauna and has more coastlines filled with beaches than any other island in the chain. One of the Kauai’s main attractions is the Waimea Canyon, which a popular dub was given to it by Mark Twain as the “Grand Canyon of the Pacific.” Undoubtedly, Kauai can be considered the adventurer’s haven because of the numerous activities every traveler can do from the beach to the land, the water, and even the air.

Maui – The Valley Isle – an island boasting with tourism because it caters to those looking for luxurious accommodations to avoid Oahu’s crowds. Its west coast features many beaches, and notably, many travelers enjoy the Hana Highway, also known as “The Road to Hana,” as it winds its way along the coast to the sleepy town of Hana in the bay.

Hawaii – The Big Island – is the largest island in the Hawaiian archipelago. The island houses two active volcanoes, Kilauea – the most active of the five volcanoes in Hawaii – and Mauna Loa – the largest subaerial volcano in both mass and volume – it has historically been considered as the largest volcano on Earth. If you are up for daredevil explorations, then this island is for you. Witness a spectacular show from two record-holding volcanoes as the beauty and fierceness of nature unfold before your very eyes.

A “Luau” is a traditional Hawaiian feast usually accompanied by lively music and energetic cultural performances from Hawaii and greater Polynesia. It may feature food such as Poi – A taro plant root that is beaten to a pulp and is meant to be eaten with everything –, Kalua Pig – literally means cooked in an underground oven and are shredded afterward, Chicken long rice – a favorite of locals which is an appetizing, light dish that is enjoyed on its own or in combination with another Hawaiian dish, and more such as Poke, Lomi Salmon, Opihi, Haupia, and beer. Get together with friends or family for this Hawaiian tradition that carries on until today.

What’s the first thing that comes to mind when you think of Hawaii? If one can’t picture a beach when thinking about Hawaii, then we might have a problem, don’t we? It is one of the most popular activities here and probably the best reason you want to travel. I mean, come on! Who does not imagine being in Hawaii and dreaming of lying lazily along the beach with a drink on one hand while basking in the sun? And since Hawaii never lets us down when it comes to beaches which this state does not disappoint, it’s time for the ultimate beach hopping activity.

The Hawaiians possess a unique kind of culture that we cannot find anywhere else. Basically, their culture is their signature. Besides marveling at the abundant sights, nature has given to the Hawaiian people. It’s much better to include taking a stroll to Hawaiian farmlands, experiencing their inimitable Lomi Lomi Massage – Lomi means “to knead, to stroke, or soothe or to work in and out. It is good to take the opportunity and visit the Polynesian Cultural Centre when in Oahu Island for a better understanding and deeper appreciation of the rich Polynesian culture, customs, and traditions.

Among all the many things to do when visiting the Hawaiian Islands, befriending a local must never be taken for granted. Because besides the gorgeous and prosperous sights that nature has blessed the place, it is still the warm-hearted and hospitable residents who make Hawaii an exceptional and worthy place to visit. Make sure to flash a smile on locals that you will encounter during the visit. Furthermore, it is not just us who learn the customs and traditions of the locals. Moreover, they learn from every visitor they accommodate as well.  Thinking about traveling to Hawaii now? Until the next article, but in the meantime, “Eʻike iāʻoe I Hawaii!” (See you in Hawaii!)

How to Teach Ethics Education