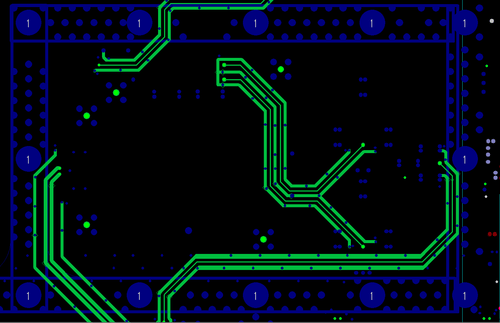 Have you ever heard a buzz when you bring a cell phone near audio equipment? Electromagnetic compatibility (EMC) and related electromagnetic interference (EMI) are two culprits behind such annoying disturbances. It seems EMI radiation is omnipresent as it affects almost every critical electronic around us.

EMC and EMI are certainly not the welcomed characters in a PCB design. In the electromagnetic environment, the PCB designers face the challenge of ensuring that various energy elements are reduced to maintain minimal interfering effects. The system design engineers are tasked to ensure that such signals are compatible and do not interfere with each other so that different circuits, traces, vias, and PCB materials operate in harmony.

A good printed circuit board (PCB) design will ensure reducing EMI interference on your board. To deal with continuing electromagnetic compatibility and interference problems, PCB designers use some common techniques. There are various ways of reducing EMI in your PCB designs, such as using EMI cans for shielding, proper grounding techniques, trace length, isolating AC and DC signals, and differential pair routing. In this post, we’ve listed some PCB design techniques to reduce EMI.

The first and most important technique of reducing EMI is designing a PCB’s ground plane. This is because circuits require at least a floating ground to work, and the ground plane provides defense against the kind of noise produced by EMI. The ground plane, that is, the copper foil layer in your PCB, acquires most of the board’s cross-sectional area. This means to minimize EMI across your board; you should begin with effectively utilizing the ground plane. To reduce emissions, crosstalks, and noise, make sure to increase the PCB’s ground area within the board’s total area to the maximum. Carefully connect each component to a ground point or plane to neutralize a solid ground plane’s effect.

If the ground plane is too small, you can use a multi-layer board. In a complex PCB design with several regulated voltages, every reference voltage should possess its corresponding ground plane. Since this can be expensive, it is possible to split the ground planes at three to five different places to put up multiple ground sections in one ground layer.

Traces are conductive paths on a board, which contain flowing electrons while a circuit is active. A common problem in parallel traces is crosstalk which can be addressed by ensuring proper spacing while designing. When signals in parallel traces run in the same direction, the traces induce noise in each other, resulting in signal degradation. In such a case, keep the return current path as short as possible with the least resistive path. If the PCB doesn’t have sufficient space to separate two parallel analog traces, run traces as differential pairs to reduce crosstalk. Also, crosstalk between two differential pairs can be reduced using a guard trace.

Try to avoid using vias in differential traces and if it’s unavoidable, use an oval anti-pad shared by the two vias to reduce parasitic capacitance. Furthermore, to reduce EMI, avoid 90° angles for traces, vias, and other components because right angles cause radiation.

Despite a good design, some components will still produce unwanted EMI. Such inevitable radiation can be effectively shielded using a metal enclosure that surrounds sensitive components. To prevent equipment from ingress or egress of EMI, you need to shield the components with a Faraday cage, an enclosure made of conductive materials with sufficient thickness to block RF waves. Moreover, shielding also prevents interference between components by separating components into different enclosures.

Android Smartphones – The Latest Ones