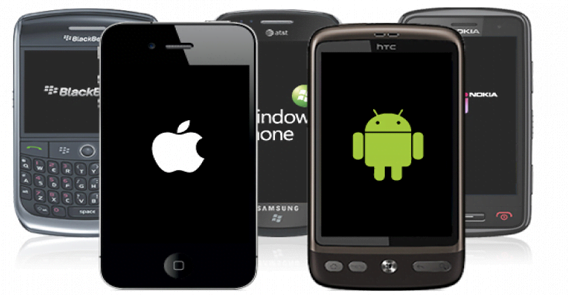 What are spy cell phones? What are Cloud Light the different uses of these phones and tracking devices? Read on to find out. Imagine a cell phone secretly watching your behavior. Think of your mobile phone eyeing your actions and recording them in its memory. Sounds impossible? I am afraid it isn’t. In fact, cell phones can track user behavior and record conversations and text messages exchanged through them. A spy phone is a mobile phone or a spy device that allows a user to monitor and hear or record conversations and other activities taking place over the phone. Spy phones can function in different ways. They can be used as listening devices whereby secretive conversations can be tracked. Secret agencies popularly use them to track criminal activities that are carried out over cellular networks. They can be used for tracking periodic calls and recording the frequency of calls from certain suspicious numbers. Spy phones can be used for monitoring business and household activities while the cell phone user is away.

Previously, simple wiretapping techniques were used to spy on telephonic conversations. Secret agencies and security authorities commonly used phone tapping as a tool to track the suspects’ behavior. It would enable the security officials to listen to the telephonic conversations taking place over phones they tapped. However, with the advancements in technology, spying became easier.

Today, installable software can be used to record cell phone calls and messages. Also, cell phone spying systems, wherein a spy is automatically alerted when the cell phone user dials a certain number. Certain software applications can be loaded onto cell phones and be used for maintaining call logs, recording text messages, and monitoring Internet activity over the mobile phone. Some of these applications also let users call the target cell phone number from a preset number and track the target user’s activities. ‘Phone Dead’ is a relatively recent technology that enables a cell phone to be used as a spy phone even when switched off. In this case, the spy cell phone is configured to function in a ghost mode, whereby it silently answers the calls it receives.

With the implementation of modern spying techniques, cell phones can be converted into call and text message interceptors or GSM trackers, thus making them function as spy cell phones. Besides tracking messages and conversations, spy cell phones can alert third-party users of the target phone’s outgoing calls. Spy phones can also be used to track the target user’s location using GPS technologies. They can be programmed to record audio or video for a predetermined period.

Spy cell phones give rise to legal as well as ethical concerns. Their positive side is that parents can use them to monitor the behavior of their children. Also, they can be used by business officials to track workplace activity. The most important application of spy cell phones is in tracking criminal activities. But there is another side to this, and it is not positive. Yes, spy cell phone software is easily available. Cell phones are easily convertible to spy phones. Their ready availability makes them subject to illegitimate use. Malicious cell phone users can gain unauthorized access to other users’ mobile phones and dampen the overall security of cellular networks. Perhaps, it is ironic that the technology that helps you stay connected to the world can also provide any individual with unwarranted access to your life.