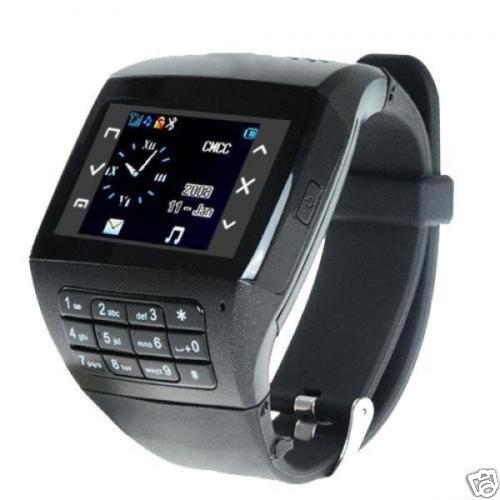 Do you want to live out your secret fantasy of being a spy with the help of gadgets for your cell phones, or do you just want to keep an eye on your partner? Whatever your reason, these spy gadgets can definitely heighten the fun.

As a child I always dreamed of becoming a spy. Judge and persecute me if you want to, but the fact remains that most of us dream of a life on the fast lane, with experiences that give us a head rush. Everyone wants access to gadgets that are so futuristic that you feel like you are in a different millennium. But since that dream remained a dream, I opted for the second best option; becoming a writer. The inspiration came from something that British novelist Graham Greene once said, “The great advantage of being a writer is that you can spy on people. Everything is useful to a writer, you see; every scrap, even the longest and most boring of luncheon parties.“ Okay, so maybe being a writer does not allow you to be in the most exciting of situations, but you can create them and write about them. Like this article, which allows me to tell you about those spy gadgets for cell phones that are a reality and allow you to spy on people, regardless of whether you are a special agent for MI5 or a suspicious spouse.

While on the silver screen a phone may morph into several gadgets, in reality (or at least the reality that is available to us mere mortals), the gadgets are a little less futuristic. Sure there are technologies available to us that were unimaginable till a couple of years ago, but they may not be as awe-inspiring as you want them to be. In this article, we give you a round up of gadgets that you can purchase from the market.

The first gadget that popped up during our research has gained quite a lot of popularity, especially amongst people who have been looking for something that can help you detect infidelity. The cell phone SIM card spy, which is available for a hole in the pocket price of USD 149, allows you to copy dialed numbers and deleted texts. All you need to do is procure the SIM card you want to spy on, and insert it into the USB reader. It allows you to save all the date on the SIM card on your PC. What an inventive way of spying on your loved one!

Another gadget quite popular with spy story aficionados is the cell phone that is worn as a watch. It disguised a watch, which is manufactured by a Chinese company is called Galactus and features a touchscreen LCD with a virtual keypad and a bluetooth headset. This tiny master-spy gadget also has photography and videography abilities with a spy camera located at the 3 o’clock position on the watch. It also plays audio and video files. Imagine having all that literally in the palm of your hands.

There are also spy phones in the market that come with motion detectors, and calls up a number that you have to feed in if it detects motion. This facility allows you to check for intruders and lets you listen to any noise they make for almost 30 seconds. The detection range of this spy gadget is about 30 feet x 20 feet.

The next gadget may not exactly be appropriate on this list, but we cannot resist having it here anyway. There is a gun available in the market which resembles a cell phone, but has a .22 caliber pistol inside that allows the arms’ bearer to fire four successive rounds. In order to load the phone, all you need to do is twist it.

Many mobile operating systems have applications that allow you to convert normal phones into spy cell phones. For example, there are applications that allow you to intercept calls, messages, access photographs on the phone, monitor calls, etc. These are used by many parents to keep an eye on their kids and also people who want to make sure that their partner is not cheating on them.

These gadgets may not be the miracles of technology that allow you to do exactly what your favorite fictional spy does, but it still allows you access to some pretty cool spy and surveillance equipment.