The Best Advice on How to Avoid Making Blunders in Chess 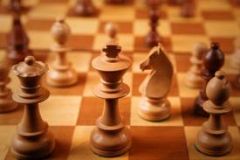 If you’ve got great interest and potential at Eft Crop chess, don’t let the silly mistakes bring you down. Keep the following pointers in mind to save the game-changing blunders.

With practice and study, one can always improvise and perfect their strategy. Now that it’s the blunders that bring us down. Chess is complicated, and even some of the world’s strongest grandmasters are known to have made the silliest mistakes. To master this tricky game, one needs to work on their mistakes and eliminate them. Only then can the best of the strategies play out to their advantage. While there are endless ways in which your one move can hand your game to the opponent, some blunders are commonly observed among beginners. 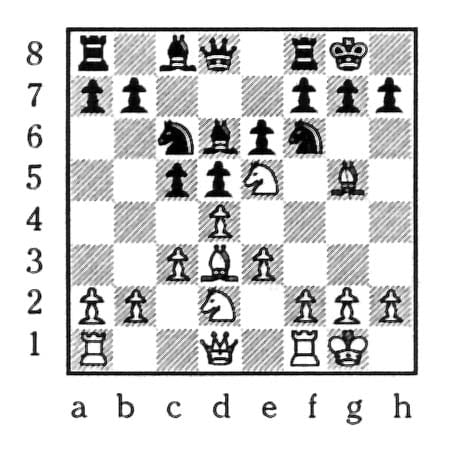 Understand and know the strength of each piece. A lot of beginners build their moves around a single piece of their choice and neglect the rest. Remember that using each piece to its maximum potential is crucial to your victory. So, if you feel like your game’s no good without your knights, try bringing other pieces into the game as well. For an amateur, understanding the value of each piece is the first step.

♘ The queen is your most powerful piece. Period.
♘ The rooks come next, followed by the knights and bishops, which are equally powerful, so to say. So, technically, you can use or sacrifice them equally.
♘ The knights, however, play a unique role – one that the queen cannot dispense. So personally, I hold them close.
♘ Even if your gameplay isn’t solid with knights, simply placing them centrally serves as a great defense, especially in the first half of the game.
♘ A well-placed knight will cover 4 critical spots of your opponent; correction: four critical spots of your opponent that he can’t protect by moving the pawns ahead.
♘ The pawns are the weakest pieces on the board, but playing them sensibly will buy you a lot of leverage in the game. Remember that the board is crowded in the first half, and losing an unprotected pawn gives your opponent an opening. To stay ahead, move the pawns wisely.

♔ Castling is not an option but a necessity. Your very first motive in the game is to move the intermediate pieces out so you may castle to the king’s side and waltz him away to safety.

♔ Once your castle, your king is naturally protected in a corner. This buys you time to attack instead of having to defend.

♔ Not only this, the two rooks will cover one another once the intermediate pieces move out. And upon losing a pawn, either of your rooks has a clear opening in due time.

♙ An average chess game usually lasts between thirty to forty moves. How wisely you play these 40 moves decides the fate of your game.

♙ To make the most of your moves, creating correct openings for your pieces is quintessential. Else, your opponent will have planned an aggressive attack while you’ll be fumbling with taking each piece out of the pawn fortress.

♙ While creating an opening, think carefully. Your knights don’t need openings as such; that leaves you with your rooks, bishops, and a queen.

♙ A single pawn moving ahead can simultaneously free your queen as well as a bishop. Thus, freeing most of your pieces should be simple, except your rook.

♙ Rooks are powerful, but they need space to move around freely. Investing moves in getting them free is a folly you’re bound to regret sooner than later.

The Best Kind of Defense is Offense

This is strictly only for those who’re past the learning phase. While making your moves, try to intimidate the opponent as far as possible, wherein your opponent is forced to cover a piece or move away from your attack line. This ensures that while you’re proceeding with your strategy, the opponent is occupied with saving his game, giving him lesser time, and moving to attack or formulate a strategy.

♕ The queen is the epitome of strength on a chessboard, so don’t invest precious moves in getting her out.

♕ Instead, make space for the weaker pieces and position them well. The queen can always turn up last minute.

♕ Not only this, the queen needs ample space to display her best. With pawns crowding the board, she’ll be out, but she won’t be of much use.

♕ While all of us sacrifice pieces to gain a desired position in the game, be very watchful. If the opponent already has more pieces than you, a one-for-one trade is not favorable.

♙ Chess is all about brains, and to win against a worthy opponent, you will really need to sweat it out. At each step, reevaluate your pieces, whether they’re in danger.

♙ Once you’ve checked the safety of your pieces, take a second to think why the opponent played that move? Many a time, the oncoming attack is fairly evident. It is just that we’re too involved in our own strategy to have noticed it.

♙ After assessing the opponent’s move, you should proceed with yours. The biggest mistake is when their plans so absorb people that they block out everything else, and believe me, this never plays out in your favor.

♔ Towards the end of the game, be very mindful of whether your opponent can check you. As far as possible, try to avoid being checked. It gives your opponent the upper hand as you’re forced to cover your king.

♔ Though the player with more pieces is said to have an advantage, it is not essential that he must win. The point is, if you’re in a better position than the opponent and have captured vital pieces, don’t be slack! The game can turn in no time, and one bad move can cost you the game…. and not just the 10 or 20 where you’re concentrating. Make it a point to scan through the board before making any move. The opponent’s pieces and positioning across the board determine whether you move good or bad. Else, you may not lose a piece, but you’ll give the opponent his much-awaited opening or chance.

A bad loss isn’t entirely a loss unless you don’t learn from it. Where did you go wrong? Most of us make the same mistakes or leave the same loopholes in every game; observing and improvising is crucial to better your game.

♙ You will often encounter a situation wherein the opponent is offering you a pawn for free. Though it’s a tempting offer, calculate whether it works in your favor in the long run.

♙ After all, why would anyone give up a pawn for no reason? More often, you will come to find that it’s more beneficial to let go of the kill and step ahead rather than giving the opponent what he seeks.

This is far easier said than done because most of us tend to proceed with two or more of our favorite pieces in every game’s same fashion. However good your move might be, the opponent will definitely learn it and counter accordingly.

Mostly, the player who controls the center has the upper hand in the game. This is also the reason why many players use the knights to control the center squares. Even if you are at odds with the opponent, it is fine, but giving up control is half the battle lost right there.

Like anything else, chess requires practice for perfection. The more you play, the more your mind betters at analyzing and judging situations. You can formulate better strategies and work your way out of sticky positions a lot faster.

Chess isn’t exactly shoots and ladders. It would help if you thought hard and long, and you can still make mistakes. Despite practicing and calculating endless times, we’re only human and can make the silliest of mistakes. Frustration due to consecutive losses is the primary reason why most people give up playing altogether. Frustration is also a reason why most of us lose a game. If you’ve made a blunder and lost a piece, assess the situation well and proceed cautiously. Getting frustrated and losing hope will lead to committing bigger mistakes.

Effects of Video Games on Children