The Trans-Pacific Partnership Trade Accord Explained 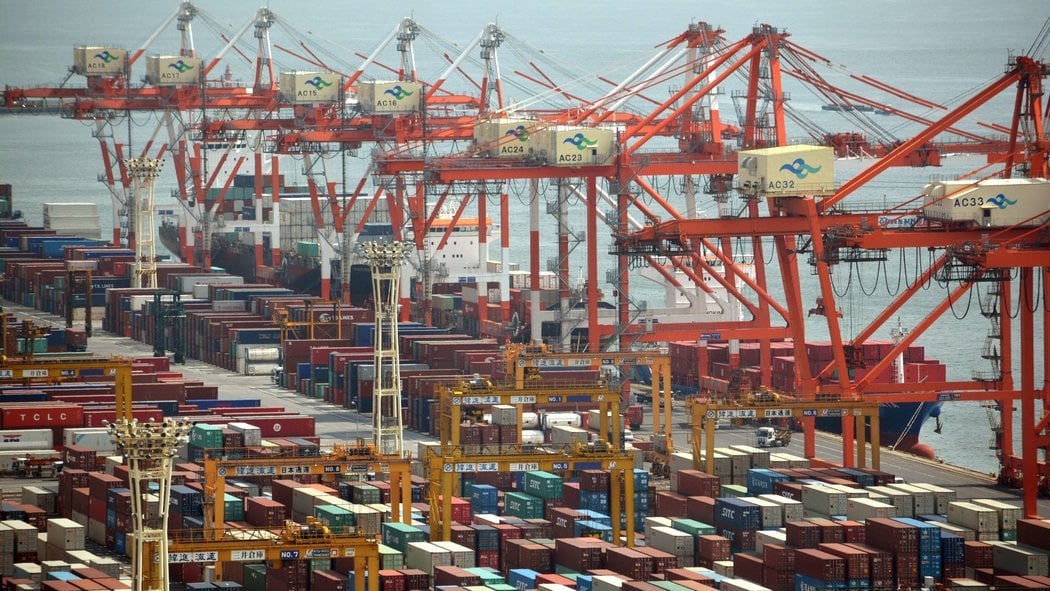 The Trans-Pacific Partnership, the largest regional Blogging Kit trade accord in history, would set new terms for trade and business investment among the United States and 11 other Pacific Rim nations — a far-flung group with an annual gross domestic product of nearly $28 trillion that represents roughly 40 percent of global G.D.P. and one-third of world trade.

But the agreement, which requires the approval of Congress, has become a flashpoint in the United States presidential campaign, opposed by the nominees of both major parties as a symbol of failed globalism and the loss of United States jobs overseas. The product of years of negotiations that culminated last fall with the 12 nations’ trade chiefs’ endorsement, the Trans-Pacific Partnership was a hallmark victory for President Obama, who has pushed for a foreign policy “pivot” to the Pacific rim. It seeks to bind Pacific nations closer through lower tariffs while also serving as a buttress against China’s growing regional influence. An independent study said that it would raise incomes and exports in the United States, but not jobs overall.

Many Democrats in Congress have voiced skepticism over the benefits. And opposition to the pact became a popular rallying cry in stump speeches by both Donald J. Trump, the Republican nominee, who has promised to tear up the deal, and Bernie Sanders, who argued during the Democratic presidential primaries that it would lead to a loss of jobs and competitive wages. Hillary Clinton, the Democratic nominee, supported the emerging Trans-Pacific Partnership as secretary of state. Still, soon after the accord was concluded during the primary race, she said it did not sufficiently protect American jobs.

Supporters of the deal in the administration and the Republican-controlled Congress, realizing that prospects for passage would dim whoever wins the presidency, hold out hope for a vote during the lame-duck session after the election. Supporters say that it would be a boon for all the nations involved, that it would “unlock opportunities” and “address vital 21st-century issues within the global economy,” and that it is written in a way to encourage more countries, possibly even China, to sign on.

The Trans-Pacific Partnership and a President’s Legacy JUNE 14, 2015. Opinion Op-Ed Contributors. Why the Trans-Pacific Partnership Matters APRIL 3, 2015. Opponents in the United States see the pact as mostly a giveaway to business, encouraging further export of manufacturing jobs to low-wage nations while limiting competition and encouraging higher prices for pharmaceuticals and other high-value products by spreading American standards for patent protections to other countries. A provision allowing multinational corporations to challenge regulations and court rulings before special tribunals are drawing intense opposition.

The pact is seen as a means of addressing several festering issues that have become stumbling blocks as global trade has soared, including e-commerce, financial services, and cross-border internet communications. There are also traditional trade issues involved. The United States is eager to establish formal trade agreements with five of the nations involved — Japan, Malaysia, Brunei, New Zealand, and Vietnam — and strengthen Nafta, its current agreement with Canada and Mexico. Moreover, as efforts at global trade deals have faltered (such as the World Trade Organization’s Doha round), the Trans-Pacific Partnership is billed as an “open architecture” document written to ease adoption by additional Asian nations and to provide a potential template to other initiatives underway, like the Transatlantic Trade and Investment Partnership.

Tariffs and Quotas Long used to protect domestic industries from cheaper goods from overseas, tariffs on imports were once a standard, robust feature of trade policy, and generated much revenue for the United States Treasury in the 19th century. After the Depression and World War II, the United States led a movement toward freer trade. Today, the United States and most developed countries have few tariffs, but some remain. The United States, for example, protects the domestic sugar market from lower-priced global suppliers and imposes tariffs on imported shoes. At the same time, Japan has steep surcharges on agricultural products, including rice, beef, and dairy. The pact is an effort to create a Pacific Rim free-trade zone.

Environmental, Labor, and Intellectual Property Standards United States negotiators stress that the Pacific agreement seeks to level the playing field by imposing rigorous labor and environmental standards on trading partners and intellectual property rights supervision. Data Flows The Pacific trade pact aims to address several issues that have arisen since previous agreements were negotiated. Countries agree not to block cross-border transfers of data over the internet and not require that servers be located in the country to conduct business in that country. This proposal has drawn concern from some countries, Australia, that it could conflict with privacy laws and regulations against personal data stored offshore.

Services A big aim of the Pacific pact is enhancing opportunities for service industries, which account for most of the private jobs in the American economy. The United States has a competitive advantage in various services, including finance, engineering, software, education, legal and information technology. Although services are not subject to tariffs, nationality requirements and restrictions on investing are used by many developing countries to protect local businesses. State-Operated Businesses United States negotiators have discussed the need to address favoritism often granted to state-owned businesses — those directly or indirectly owned by the government. Although Vietnam and Malaysia have many such corporations, the United States has some (the Postal Service and Fannie Mae, for example). The final agreement may include terms that seek to ensure some competitive neutrality while keeping the door open to China’s future acceptance of the pact.