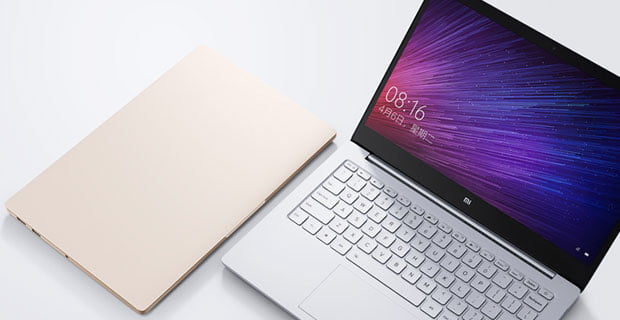 The 13.3-inch model is priced at US$750, compared to the MacBook Air’s $1,050 price tag in China. The device is also available in a 12.5-inch version. The Mi Notebook Air, which runs Windows 10, offers several features that aren’t available in a MacBook Air. “This is Xiaomi’s way of saying, ‘Let’s not let Apple, Lenovo, or the bigger manufacturers from Taiwan, like Acer and Asus, take this opportunity from us,” said Jeff Orr, a senior practice director at ABI Research.

While Xiaomi is “in the shadow of Apple from a brand perspective, they let Apple be that iconic brand,” he told TechNewsWorld, and instead “give people something like the functionality and experience of Apple at a more affordable price but in the Windows experience.” The Mi Notebook Air has a full-size backlit keyboard and an edge-to-edge glass screen with thin bezels.

Users can play games like Dota 2 at 85 frames per second at full HD resolution, Xiaomi said. The 12.5-inch Mi Notebook Air has a 12.9 mm frame that weighs about 2.4 pounds. It has an Intel Core i3 processor, 4 GB of RAM, and 128 GB of storage. It does not have discrete graphics. Battery life is said to be more than 11 hours, and it’s priced at about US$525. There have been some recent encouraging signs in the global PC market.

Its sales decline has slowed, according to IDC. Worldwide PC shipments in Q2 totaled 62.4 million units, a 4.5 percent decline year over year. The firm had expected a 7.4 percent drop. That sets up the market for improved performance in the second half of the year, IDC suggested. Xiaomi may benefit from this expected slight upturn. “The opportunity in China is the younger middle class,“ ABI’s Orr remarked. “This kind of computing platform would be a centerpiece in their home environment, and I’d expect multiple users rather than a single user.” Xiaomi is “offering both lightness and great performance, which will elevate them above local original device manufacturers, who make products for Taiwanese OEMs,“ Orr suggested. “What those local ODMs lack that Xiaomi has is marketing and distribution.” Locking Horns With Apple? Apple’s revenue from China fell 33 percent year over year, to $8.8 billion, and it no longer is the company’s second-biggest market. “This laptop from Xiaomi mostly targets Lenovo, Asus, and Acer customers rather than Apple’s,” observed Eric Smith, a senior analyst at Strategy Analytics.

“It’s just sexier to call out Apple,“ he told TechNewsWorld.

In any event, “Apple isn’t going to try to open all the doors in China for its products,” ABI’s Orr remarked. “The reason it wants to have Macs in China is because of the developer potential. If you can develop more Mac content and services that benefit the regional market, you create demand and distinction for the Mac.“

How Mobile Games Rake In Billions